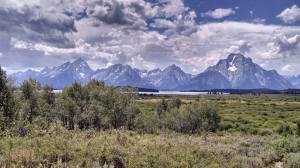 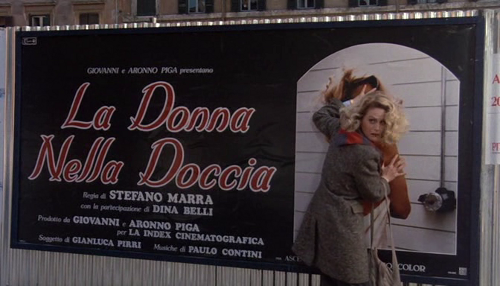 At this point, I feel I must confess that not all of the slides in my Power Point came directly out of my mouth. A couple of them were actually uttered by my younger brother. I have him to thank for the quote above and the subject of this entry in the Power Point Series.

During the majority of my children’s formative years my younger brother, Ryan, lived with us. The situation worked out quite well for all of us. My brother was able to move here from another state and not have to worry about finding a place to live, and I had the benefit of another adult around while my husband was away flying from sea to shining sea.

Family dinner is a regular occurrence at our house and as I’m sure anyone that’s met us can imagine, we have had some interesting conversations at the table. At one such dinner we were discussing all the borderline inappropriate advice I had provided the kids when my brother came up with some sage advice of his own. (See above quote.)

Every time I remember my brother’s statement on prudent media management, I am reminded of National Lampoon’s European Vacation. For those of you unfamiliar with the film, let me give you a brief recap of the scene that comes to mind. Said scene involves a video camera, a shower & a promise from Clark to his wife Ellen that he will erase the footage he has just shot. Clark being Clark, of course fails to erase the video, the camera is subsequently stolen and the contents of the videotape are then turned into an adult film starring the erstwhile Mrs. Griswold. The titular star and her family discover what has happened when they run into a billboard advertising Ellen’s debut role.

National Lampoon’s European Vacation was released in 1985. At that time, Clark’s mistake was especially funny because of its absurdity. Today, in the age of social media, the reality is it would be very easy to have something like this happen to you. Just ask a few of the actresses that have had their phones hacked and then watched as very private photos spread like wildfire over the interwebz. Or even the myriad stories of high schoolers that sent all manner of pictures to people they thought they could trust, only to find they had been shared with the entire school.

Facebook, Instagram, SnapChat, Twitter, etc. are all incredibly good ways to stay in contact with friends and family. They’re also great ways to share what’s going on in your life, your thoughts on the weather, politics, your blog, photos, etc. But if you’re not careful social media can be an incredibly easy way for others to share things you don’t want shared. Such as the picture you sent your friend asking for advice on the new bra you’re trying on at Victoria’s Secret. Or the flirty cleavage shot you sent a potential partner. Or even the Richard (think private part, not Nixon) pic you sent to the head cheerleader in an attempt to get her to text you back. The truth of the matter is, nothing on the Internet truly disappears. It will be there in perpetuity, and you never know when a youthful indiscretion may come back to haunt you.

The moral of the story is – make sure you’re in control of what you record and distribute. If you trust someone else to safeguard your reputation, you may regret it. And the consequences can be both devastating and life altering. Teachers, beauty queens, politicians, just to name a few, have lost jobs due to old pictures surfacing years later. Many teenagers have committed suicide following the release of compromising pictures without their approval. Sadly, the people that do the sharing often have no idea how negatively their actions may impact the subject of the released material.

In the unfortunate event that you have been recorded doing something you may regret, go ahead and heed Uncle Ryan’s advice; steal the camera. Of course, it’s not all doom and gloom if your pictures get leaked. There is at least one infamous instance of a sex tape success story. A certain video starring a Kardashian launched an empire. Unfortunately for my family, I’m no Kris Jenner…