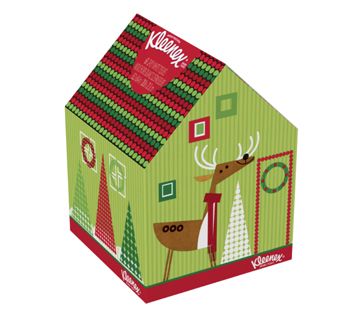 ‘Twas the week before Christmas and all through the house,

The kids were heard yelling, “Please cover your mouth!”

The Kleenex were piling up in the waste bin,

And all were avoiding them, even their kin.

See, the parents were ailing, in their blanket covered chairs,

Dreaming of when the next Nyquil dose could be theirs.

Healing before Christmas was their fervent belief.

The kids did their best to take of the ‘rents,

But they did consider pitching some tents.

All in a bid to protect their own life,

From the plague they were watching wreak such strife.

From Costco to Target and even Trader Joe’s

The eldest dashed around on her toes,

While the boy could be found picking up in the kitchen,

Making sure he helped his sister pitch in.

As the mother sat down to write up her blog,

The coughing and snuffling making her sound like a hog,

She couldn’t help but notice her kids’ hard at work,

And they did it while smiling with nary a smirk.

And though she was feeling like a pile of manure,

And probably looked like she lived in the sewer,

The mom could not have been any prouder,

Of her kids’ and their efficient use of soap powder.

That mom knew that no matter her health,

She was blessed with the best kind of wealth,

Children that knew how to care for another,

Without any squabbling between sister & brother.

As she settled back into her chair with her sweater,

Battening down for the upcoming weather,

She smiled to herself and said a prayer of thanksgiving,

Because her kids would make sure she stayed among the living.

Now Dasher and Dancer may land on the roof,

And maybe even Rudolph, as her dog bellows woof,

But no gift they could bring her would give her more joy,

Than the love displayed by her girl and boy.

By the valiant effort of one son and one daughter,

There would be healing and health for the mother and father.

And when Christmas morning arrives in mere days,

Santa will surely gift them with praise.

As the illness we’ve suffered bids us adieu,

We have one very big wish for you,

That your Christmas is filled with love and cheer,

And that you are blessed in the new year.

2 responses to “A New Christmas Poem”