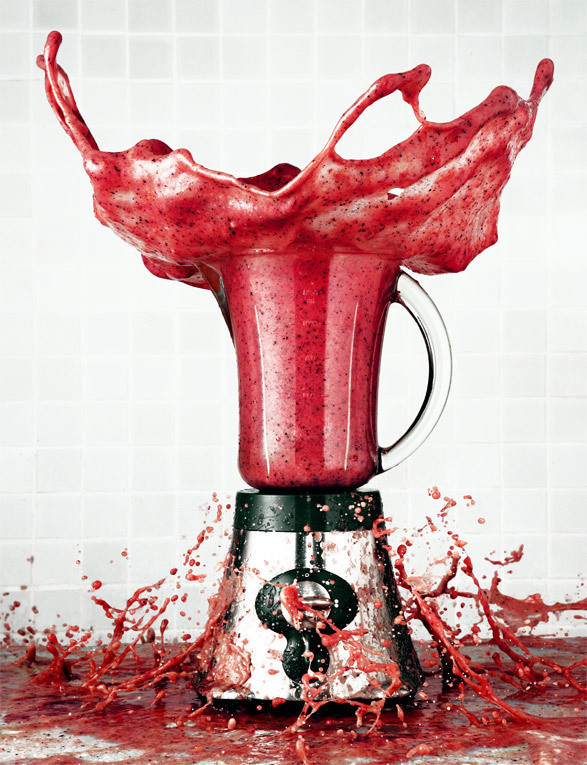 I figured it’s been a long time since I expanded my Power Point Series, so I’ve got a new entry for you.

Navigating a romantic relationship is fraught with detours, roadblocks and the occasional IED. Add the complicated emotions that come with adolescence and even the smallest misunderstanding can lead to rivers of tears and a coffee table full of empty ice cream containers.

Nothing about romance is easy. It’s even harder to try to guide your kids through it. To help, I gave my kids a simple piece of advice. When you face conflict in a relationship it’s helpful to remember the following:

Boys are stupid and girls are crazy.

I know, I know, that’s sexist. And judgmental. And stereotyping. And (insert your objection/offense here). But it’s also mostly true.

Generally speaking boys do/say things without thinking them through. While girls have a tendency to overthink all actions and conversation. When you put a boy and a girl in a relationship, these two divergent operating systems can lead to a cataclysmic disaster over the smallest of misunderstandings.

To add insult to injury, during adolescence and the early 20s, our brains are still growing and developing. The frontal lobe, that helps us navigate the pitfalls of life and relationships, doesn’t reach full maturity until around 22-25 years of age. Men take a little longer than women to grow fully functioning brains. (Sorry guys, that’s why it sucks to be a freshman; all the girls your age are ready to date seniors.)

Here’s a snapshot of the situation:

One underthinks (I am a skilled neologist. Just ask my spellcheck)

Tidal waves of hormones are coursing through both brains

Uh oh. No good can come of this.

There’s a scene from the Steve Martin version of Father of the Bride that perfectly sums up this issue. Steve’s daughter comes home from college engaged. While in the midst of wedding planning, the young couple celebrates their 8th month anniversary. When she returns from their night out, she is in tears and tells her dad the wedding is off because her fiancé has given her a horribly inappropriate anniversary gift. Steve looks in the box and is surprised by what he finds – a blender. Through the course of their conversation it comes to light that she is afraid her intended is expecting her to be a 1950s like housewife, instead of the architect she dreams of becoming. Why else would he give her a blender? When her fiancé shows up, horribly distraught, he explains that he bought her the blender because he knows she likes to make banana milkshakes.

At first it seems easy to blame the girl for being a little cuckoo because it really was a little crazy to assume that her fiancé was signaling his desire to chain her to the kitchen. However, considering they are about to be married, it’s safe to assume he had some inkling that she might be wrestling with her new role and that a household appliance might not be the best gift. (At least one would hope they had discussed something of that magnitude.) Of course, he didn’t stop to think about anything other than a banana milkshake. He didn’t think it through and she overreacted. Boys are stupid and girls are crazy.

I’d love to tell you it stops after the early 20s, but not so much. If I sat down and tried to add up all the times I have made a mountain out of a molehill, I’m pretty sure I’d run out of numbers. And I’m sure my husband, if you twisted his arm, would admit that he’s done some pretty stupid things over the course of our 25-year marriage. A few of our more memorable fights involved, backseat driving, dishwasher loading and underwear folding. Yes, underwear folding. Didn’t you know the way you fold underwear is a sign of respect and it expresses your desire, or lack thereof, to make your spouse happy?

So why is this gem important enough to earn a spot on my Power Point? Because it’s a quick way to check your standing in any argument with your significant other. Considering the truth usually lies somewhere between her side and his side, a gut check is always a good idea.

Her: Did he really do something stupid or am I just being a little crazy?

Him: Is she being crazy or did I just do something stupid?

It’s an easy way to gain insight into motivations, reactions and even determine if it’s worth a confrontation. Honestly, if I was better about doing this gut check before reacting to my husband when I’m upset, we’d have a lot less conflict.

I definitely could have used this knowledge during the Great Burger Meltdown of 1992. Not long after my husband and I were married, we had a death in my family and needed to head to California for a funeral. The day we were set to fly out, my husband went to grab us some lunch at a local fast food burger joint. I asked him to get me a cheeseburger with no onions. In his haste, he ordered a cheeseburger, hold the cheese, with extra onions. He came home and handed me my burger. I opened it and could smell the onions. It was an instant fight. How could he not have remembered after almost three years together that I don’t like onions? How could I be so upset when he was trying to do something nice? It was bad, and utterly ridiculous. He could have paid better attention to what he ordered for me, and I could have refrained from flying off the handle. It was one of the stupidest fights we’ve ever had. Although, he has never ordered me anything with onions on it since, so I may have come out on top of that one.

I am hoping the teaching my kids this concept now will save them from unnecessary turbulence in their romantic relationships down the road. When they find themselves in conflict with a loved one of the opposite sex, I hope my kids will remember what it took me years to figure out. Lots of upset can be avoided if you take a minute to remind yourself of this one thing: Boys are stupid and girls are crazy.